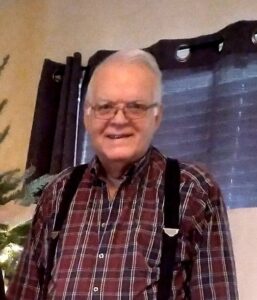 We regret to announce the passing of Pr. Ray Lamare Elsberry on August 26, 2021, at age 78 in Dora, Alabama. He served as the ACS and ACS Disaster Response Director for the Gulf States Conference for over 14 years and held these positions unofficially for over 22 years in various capacities, as well. Ray also held the State VOAD Chair position until he retired from his responsibilities in October of 2019. In addition, he pastored the Seventh-day Adventist churches in Columbus, Mississippi and in Phil Campbell, Alabama. He was a devout Christian who never met a stranger and was a friend to everyone he came across.

Ray was an instrumental leader over the decades for ACS ministry. He was recognized for his work in ACS at the Gulf States Conference Executive Committee meeting in October of 2019, where he was presented with plaques from NAD ACS and the Gulf States Conference to honor his dedication to helping others. “I so enjoyed working with Ray within the Gulf States territory. I could count on him to know exactly who to speak with in order to accomplish the work that needed to be done. Ray was truly a resource and I will miss him,” said, W. Derrick Lea, NAD ACS Director.

Please keep Nita Elsberry, wife of Ray, and the family in your prayers for strength and comfort during this difficult time.