The Cameron Peak fire is declared to be the largest recorded wildfire in the history of Colorado State. It started near Chambers Lake on August 13, 2020 and was declared 100% contained on December 2, 2020.

The Cameron Peak Fire Recovery Center was bolstered on December 7 by Denver Channel 7 News who collected donations for those affected by the Cameron Peak Fire that burned areas around Red Feather, Glen Haven, and Estes Park west of Fort Collins. The largest fire in Colorado, it took more than four months for fire crews to get the fire contained. After burning more than 200,000 acres, it left 40 homes completely destroyed and more than 200 homes with heavy smoke damage.

“This is one of the largest donations we have ever received from a news channel,” explained Cathy Kissner, director of Adventist Community Services and Disaster Relief for the Rocky Mountain Conference. “The people affected by this fire will receive these much-needed items which will help in their recovery as they find new footing and a new normal for their lives.”

Donations were delivered to the Adventist Community Services Disaster Response Center in the Outlet Mall of Loveland for the Cameron Peak Fire Recovery where site manager June Spaulding and her team were happy to receive them. Among items donated were new pillows, washcloths, diapers, shovels, rakes, lawn carts, tools, and hoses.

The Center has also received quilts and comforters from a quilting club and from the ACS Center in Loveland. The Distribution Center was open until December 28 to serve those impacted by the Cameron Peak fire. 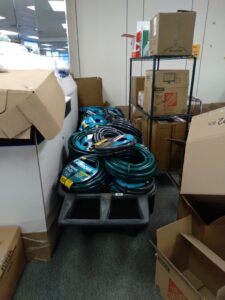 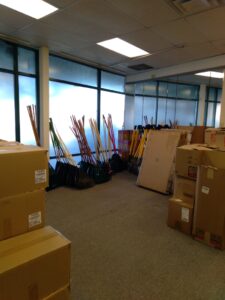 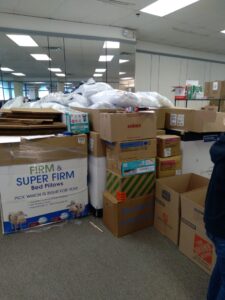 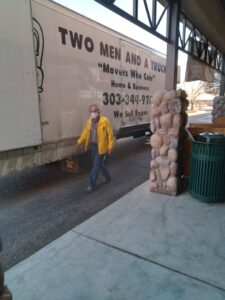