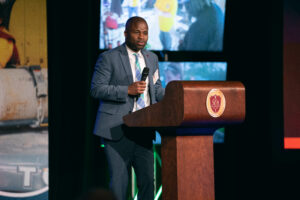 The North American Division Adventist Community Services (NAD ACS) celebrated its 50th anniversary at the ACS Convention in Grapevine, Texas from April 7-9, 2022. It was widely attended by more than 200 ACS directors, pastors, lay members, ministry leaders, volunteers, and those interested in community outreach. Many traveled from regions around the nation, as well as from Canada, Bermuda, and even Indonesia, to attend this monumental event. The convention was also offered virtually for those who were unable to attend in person.

The opening session on Thursday, April 7th, commenced with a devotion entitled “Who Is My Neighbor” by Pr. Jamie Kowlessar, senior pastor of the Dallas City Temple church. Carl Wilkens, founder of “World Outside My Shoes” and former ADRA Rwanda director, provided the initial keynote message, which was followed by workshop sessions on fundraising, media and communications, youth involvement in ACS, and seniors ministry. 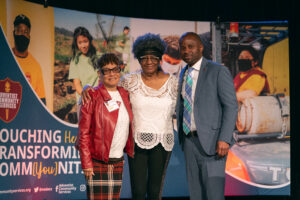 Retired ACS director Dollie Williams, was honored for her 66 years as community services leader in Chicago. She was presented with a lifetime achievement pin by W. Derrick Lea, executive director of NAD ACS.

On Friday, April 8th, the devotion was given by Dr. Mansfield Edwards, president of Ontario Conference. The general session speaker was Dr. Calvin Watkins, vice president of evangelism at NAD. Workshop sessions on this day covered topics such as government relationships with ACS, disaster response, AmeriCorps, and refugee ministry. Colette Newer, associate director of NAD ACS, ushered in the Sabbath with a short devotion, which was followed by a mini concert by Jaime Jorge. 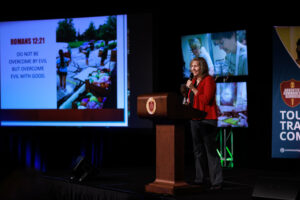 Sabbath morning began with a devotion by Theodore Sargeant, director of Ministries of Compassion at the Ontario Conference, followed by nine ministry highlights. The featured ACS ministries shared what they are doing and how their ministry is impacting their local community. Dr. Alexander Bryant, president of the North American Division, delivered the sermon for the Divine Service entitled “Two Classes, Two Paths, One Way”. A panel discussion was held in the afternoon to discuss the vision for ACS, challenging issues faced by ACS leaders today, and the future of ACS. 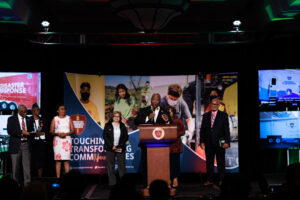 As we spoke about what is currently taking place around the North American Division, there was also discussion on determining how we move forward and enhance the scope of ACS ministry, resulting in the initiation of two committees. One committee will focus on refugees entering the NAD territory, and the other will focus on getting our young people in the Church connected with ACS.

The closing ceremony on Saturday night started off with special music by Paul Heflin, followed by remarks by Pr. Joe Watts, former ACS and DR director of Texas Conference and Southwestern Union. The keynote message was delivered by Dr. Sung Kwon, former executive director of NAD ACS. He currently serves as associate professor of leadership at Andrews University, and director of the new social innovation concentration for the Master of Arts (MA) in leadership program. The convention was brought to a close with the NAD ACS team honoring Kwon for over 20 years of exceptional leadership, dedicated service, and commitment to ACS ministry. 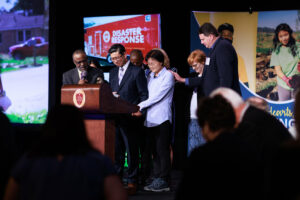 “This was life-changing. It gave life to the things we have been saying in our local area,” said one of the participants who attended in person. Another said, “I love coming to the conventions and being able to connect, be blessed, and get fresh ideas on how to serve and help the growth of our community services.” One of the virtual attendees stated, “Streaming through the website and not Zoom or YouTube was an excellent idea. It balanced accessibility with limiting distractions in a way that kept quality, while allowing our not so tech savvy members to not have to figure out how to stop things popping up as they viewed.”

The participants were blessed with uplifting music, inspirational messages, informative workshops, and a time of reflection and networking. They also had the privilege to take a tour of the ACS depot in Keene the following day after the convention. “I thank each of those that participated either in person or virtually. Your willingness to be a part of the 50th Anniversary Convention helped make it a successful one,” stated W. Derrick Lea.